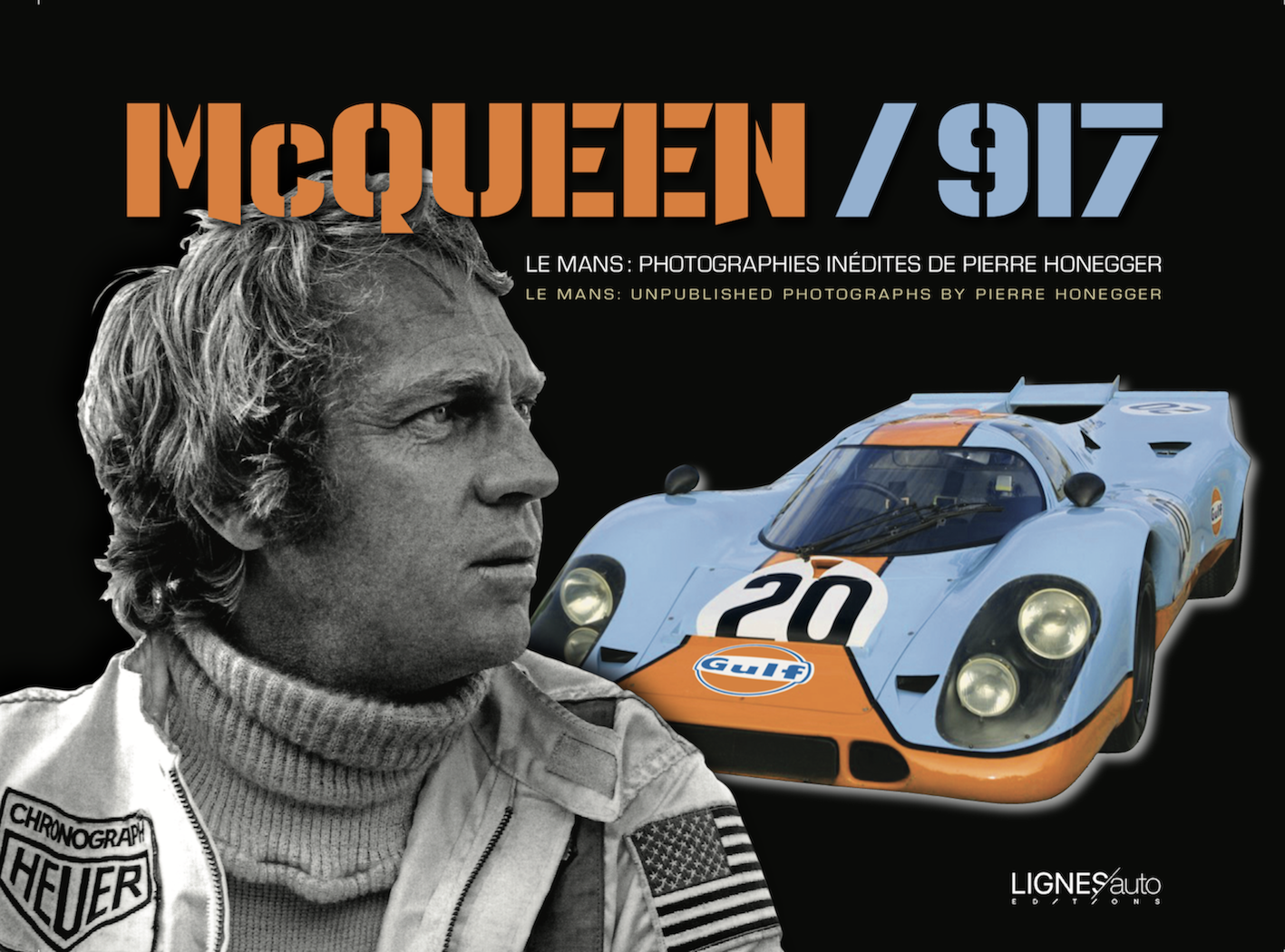 Whether you are a fan of Steve McQueen, a lover of the 24 Hours of Le Mans or the fantastic Porsche 917, this book will fascinate you.

ORDER THE BOOK FOR a WORLD shipment (outside FRANCE and outside EUROPE), BY CLICKING BELOW ON THE YELLOW PAYPAL BUTTON

The result of a meeting between the photographer Pierre Honegger and the journalist Yves le Ray, this 130-page book relates the shooting of the 1970 film thanks to unpublished photos. A portfolio of nearly 50 pages reveals the backstage of this cinematographic event thanks to the work of the photographer who was then working for the American magazine Time.

This book covers the period from the late 1960s to the early 1970s in six chapters:

-The cinematic context of motorsport films, in which McQueen’s film adds a new dimension.

-Number 23, the subject of the first Porsche to win at Le Mans

-The men who brought the 917 to life: Ferdinand Piëch, Kurt Ahrens, Anatole Lapine, Derek Bell, Helmut Marko and Hans Mezger
-The 917 on the road

Click on the article of the book of your choice. You will find the PayPal button to order your book in a few clicks. Secure payment.